Posted on October 3, 2011 by sjdeventsltd 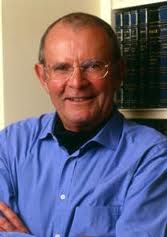 Wilbur Smith was simply amazing and listening to him being interviewed about his life in Africa made me feel slightly home sick.   Not that I was born in Africa, but having spent six years of my life between 21 and 27 living in South Africa it certainly has a huge place in my heart.

Wilbur has written over 32 best-selling fiction books and when asked which was his favourite he replied, ‘he loved all of them for different reasons but that ‘When the Lion Feeds’ had brought him the fame’.

Wilbur grew up on a cattle ranch in Central Africa and his writing influence came from his mother who encouraged him and amazingly only died just 18 months ago at the age of 95.   His father was more into construction and didn’t believe in books, rather that you had to work with your hands, have a proper trade.  So, as a boy when we was sent out onto the land he would hide his book in one of the ranch hands boys tops, as his father never thought to check them.

Growing up in Africa in the Bush with the community made Wilbur who he is today and then being sent off to boarding school, the Eton of Africa being Michaelhouse which was at the foot of the Drakensburg Mountains and where many friends of mine went to school though I am not sure whether they are ‘real gentleman’!.   He then went onto Rhodes University in the Cape where he studied to be an accountant and his first book was written, confessing it had been written on Government issue paper.

I can certainly resonate with Wilbur that having visited South Africa for many years as a child and growing up and forming bonds with people as my family had a pharmaceutical company.    My earliest memories of my visits are of Promise who used to baby sit for my sister and I at the Oyster Box Hotel in Umhlanga, Durban where we always stayed and Nelson who was one of the waiters but also a keen photographer who used to take us playing by the infamous Light House.  Both Nelson and Promise are part of my found memories of growing up visiting South Africa.

'Those in Peril' by Wilbur Smith

Wilbur’s latest book ‘Those in Peril’ is so current, though he doesn’t follow trends and in fact the gentleman interviewing him called his style of writing as slightly old-fashioned, old school but amazing.

The new book came about following a boat trip when Wilbur was returning to his Island and an out board motor boat with Somalia pirates came alongside.  However, having a Somalia head skipper was a bonus and they didn’t try anything but it was a hair-raising moment as the Somalia pirates whose particular name I can’t recall are almost like celebrities.

I can’t wait to read this book which I purchased yesterday and had signed as my father always raved about what a huge fan he was of Wilbur Smith.

What a truly lovely, genuine man and he certainly was a huge hit with everyone in the audience at the Town Hall yesterday, Sunday 2nd October.   He even gave me the thumbs at the end of the session and said thank you, a true gentleman.

Thank you again to Sue Ryan the founder and organiser of Henley Literary Festival for creating such an amazing event and I (SJD Events Limited) look forward to supporting you again next year.

Owner of SJP Consultancy, specialising in offering, flexible services for all types of events, including fundraising projects in the charity sector.
View all posts by sjdeventsltd →
This entry was posted in Of General Interest, Personal Experiences and tagged Henley Literary Festival, Michaelhouse, Oyster Box Hotel, SJD Events Limited, Sue Ryan, Those in Peril, Wilbur, Wilbur Smith. Bookmark the permalink.